Texas Democrats are coming together this summer for our 2022 Convention!

We’re bringing together thousands of Texas Democrats, from every corner of the state, on July 14th-16th in Dallas for the biggest party of the summer! Chip in $7 to help us set the stage for Election Day at our first in person convention in four years:

*If you've saved your information with ActBlue Express, your donation will go through immediately.

ICYMI: 17 Rural Hospital Closures in Texas and Counting Due to Republican Refusal to Expand Medicaid

Another 16 Rural Hospitals in Texas in Danger of Closing 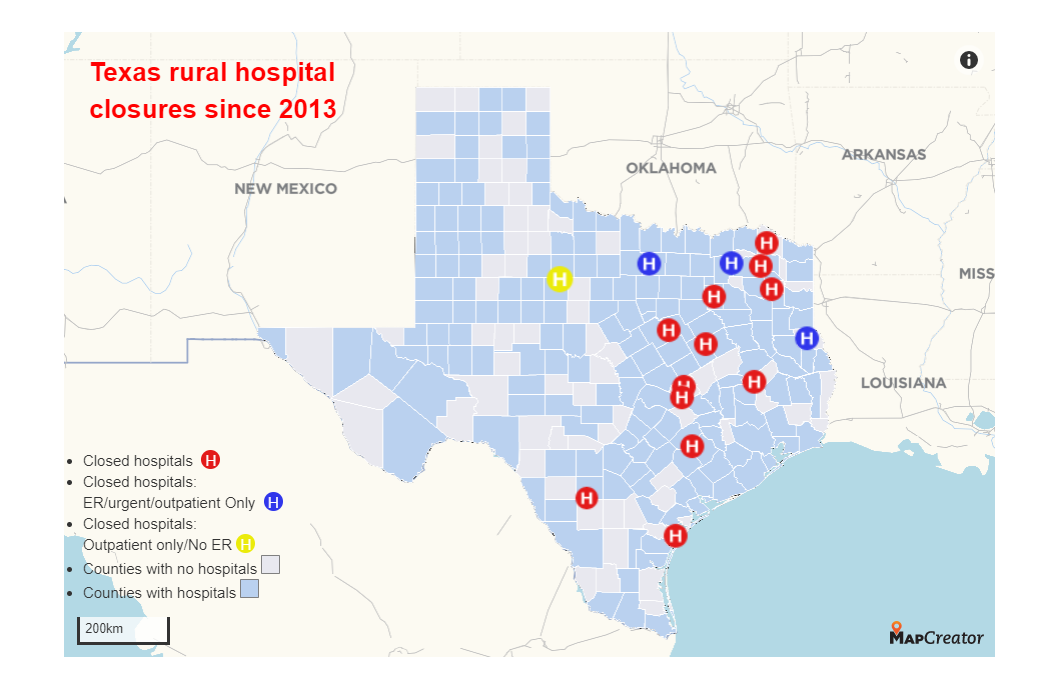 Austin, TX — Earlier this week, a devastating report from the Austin-American Statesman showed the debilitating effects of rural hospitals closing across the state of Texas. Already, 17 rural hospitals have closed in Texas and another 16 remain vulnerable to closure without the expansion of Medicaid.

Texas currently ranks dead last in healthcare coverage and has the highest amount of uninsured children in the country. Expanding Medicaid would keep these hospitals open, and ensure that an estimated 1.1 million more low-income Texans are eligible for healthcare coverage.

More from the Austin-American Statesman:

“Expanding Medicaid is something we can do right now that would fundamentally transform the lives of our fellow Texans and their families. It’s time to bring our tax dollars back to Texas, stop leaving billions of dollars in federal funding on the table, and ensure every person is able to access the healthcare they need.”